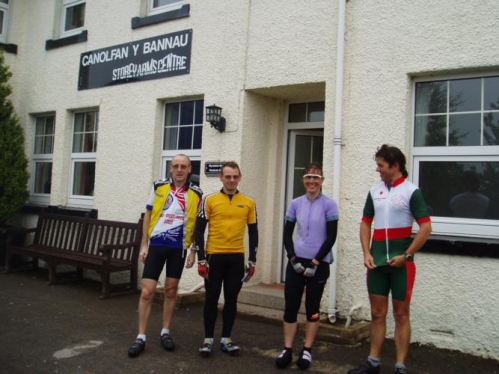 2001: I rode 15 200s, four 300s, two 400s, one 500 (Summer Arrow) one 600 and the 1300 LEL (my third) to give me another two SRs and 74 points for Randonneur 5,000. Again I was a member of the winning Cardiff Byways Summer Arrow team to give me a ninth consecutive year in the AUK Hall of Fame. Anne was not able to ride LEL, but after finishing I caught a train to Cambridge where I met her and we spent the weekend at the Cambridge Folk Festival before catching another train to King’s Lynn and setting off on a week’s tour around the Norfolk coast.